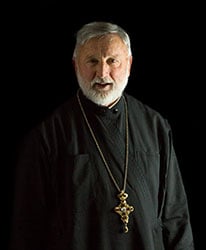 Born on the feast day of St. Basil (Vasilije) on January 14, 1949, in the village of Koreniti, near Bijeljina, to parents Stanko (Stajo) and Ivka, neé Popovic, both farmers.

On the day of St. Elijah he was taken to the Holy Trinity monastery at Tavna where he was to spend the summer holidays with his aunt, Abbess Anasthasia. He soon developed a lasting bond with his aunt and it was decided that he should remain at the monastery.

While residing at Tavna Monastery he finished the first four grades of elementary school in Tavna. He completed his elementary school studies in Janja, near Bijeljina. In 1964, when the renovation of the Seminary in Karlovci was completed, he entered the Seminary. In 1973 he obtained his university degree in theology in Belgrade. He spent two years in Germany working on his post-graduate studies. He completed one semester at the Roman Catholic School of Theology at the University of Regensburg and three semesters at the University of Tibingen. His field of study was religious pedagogy. In 1980 he obtained a B.A. at the School of Philology, Department of the Serbo-Croatian language and Yugoslav Literature at the University of Belgrade.

On November 29, 1975 His Grace Longin (Tomic), Bishop of Zvornik and Tuzla, ordained him into the rank of deacon and on December 1 of the same year, into the rank of presbyter. He was assigned a parish in the city of Tuzla where he served as parish priest until the feast of the Dormition in 1977. That same year he was transferred to the Archdiocese of Belgrade and Karlovci, to the church of the Holy Trinity in Belgrade. In October of 1978 he was assigned to one of the parishes of the St. Marko church in Belgrade where he served until leaving for the Diocese of Canada on July 1, 1985. His Grace Georgije, Bihop of Canada, placed him as parish priest in Niagara Falls. In 1987 he was transferred to the church of St. Sava where he still serves as one of the parish priests.

He has contributed to most of the well-known church periodicals and for a short period of time was editor of the Pravoslavlje (Orthodoxy) magazine, the official newspaper of the Serbian Orthodox Church. He was editor-in-chief of the quarterly magazine of the Canadian Diocese Istocnik (The Fountain) for almost 20 years. 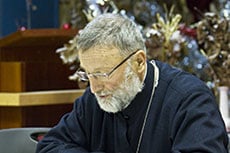 He is the author of: